IIAD » Stories » UX/UI Design: Even The Best Get It Wrong

UX/UI Design: Even The Best Get It Wrong

The UX/UI Design job boom might have kicked off many years ago but it’s showing no signs of slowing down. A cursory job search on LinkedIn yields a staggering 508 job openings in India—all for entry-level UX/UI designers. The average starting salary of a UX/UI designer is nearly Rs. 5 lakh per annum and in some cases can go upto to Rs 10 lakh per annum.

It’s a dynamic, well-paying job with room for growth and success, and you can get a brief breakdown on what the profile entails in this article on career opportunities as a Communication Design graduate.

Getting employment with the big tech giants in the industry is an added boost but even the biggest guys make basic UI errors that tend to blow up in their face, no matter their abilities in graphic designing. Let’s take a look at how UX & UI can go both very right and very wrong in the same software update.

The newest Android version—Android 10—was released on September 3rd, and in true Google fashion, the latest update is once again a Two Steps Forward, One Step Back story.

There’s a lot of Good in the newest version of the Android OS, but there’s also some Bad, and there’s one downright Ugly lurking in it, which makes one wonder whether the Google designers should go back to school and remember what communication design is all about!

a) Improved Privacy Settings
Data privacy has become the newest hot topic demand for users and Google’s improved privacy settings come as a breath of fresh air. The company has separated privacy into its own drop down option in the settings page, where you can manage all of the permissions given to apps in one area instead of hunting through them app-by-app in earlier android versions. 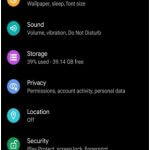 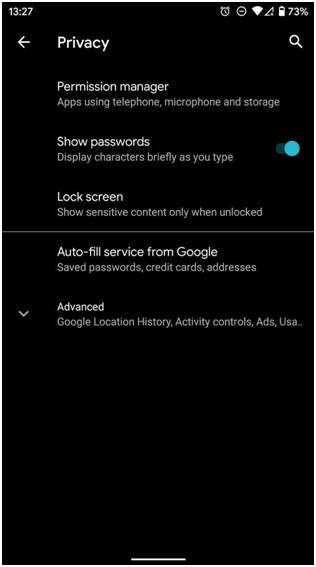 It’s handy Permission Manager doesn’t just show you what apps have access to what part of your phone (camera, microphone, location etc) but also goes one lever further and allows you to decide to what degree an app should have access to your data: either all the time, or when the app is used, or never at all. 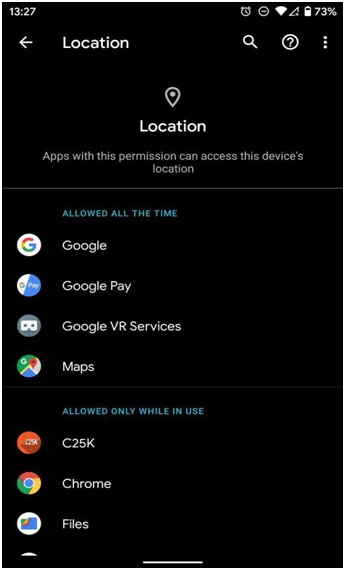 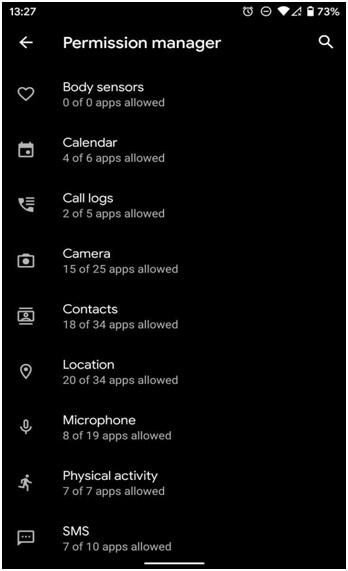 Find Out What Apps Are Snooping On You Even When Not In Use.

It’s the kind of serious UX & UI overhaul that data privacy settings need everywhere and its brilliant implementation is the single biggest reason that Android 10—for all its many misses that I will expand upon below—still manages an overall decent score of 7/10.

Google’s been tinkering with volume panels—and how to change them—for the last three android versions, and has finally, finally got it right. Android Oreo had the volume slider on the top of the screen and pushing on volume buttons would change only the phone volume (the ringing volume) by default. 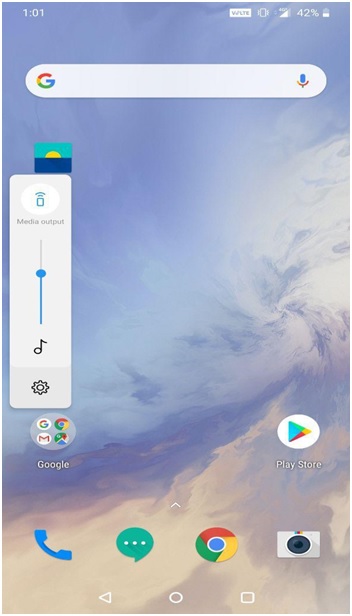 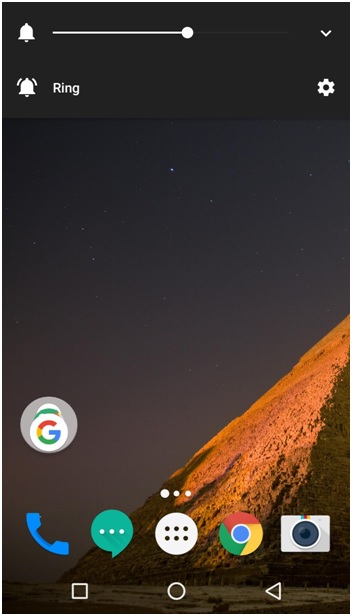 In Android Pie Google moved the volume bar to the side of the screen and made the default volume the media volume. If you wanted to change other volumes there was shortcut below the volume bar that would take you into the relevant settings page.

In Android 10, Google finally combines both their good ideas. The default-adjusted volume is still Media, but on tapping the Settings icon, all volume sliders present itself in a tray, in an easily adjustable format. The frustration of never being able to change the volume you actually needed to will happily never be felt again. 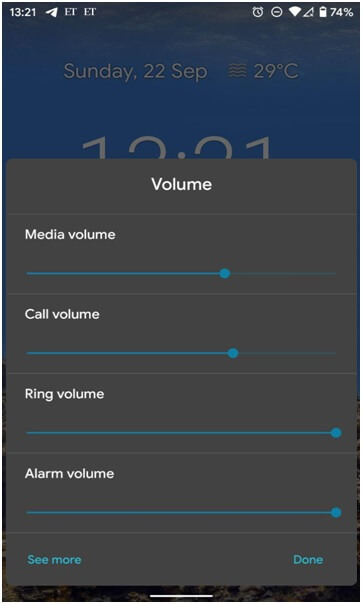 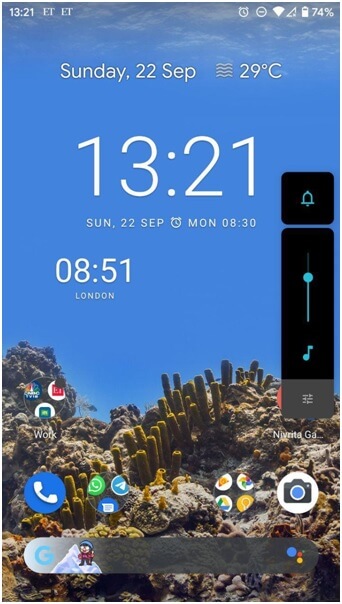 Night-Mode has been a long-standing request for many Android users and in Android 10; Google delivers with a system-wide Night-Mode option. As great as Night Mode is—and I really cannot stress how easy it is on the eyes when using the phone at night—there’s a classic lack of coordinated implementation across the system. Many third-party apps (Whatsapp, Facebook, Instagram) haven’t implemented Night Modes of their own and so shifting between a Night-Mode implemented app to one that doesn’t have it is quite jarring. While this isn’t Google’s fault per se, it does have an affect on the overall user experience of Android 10. 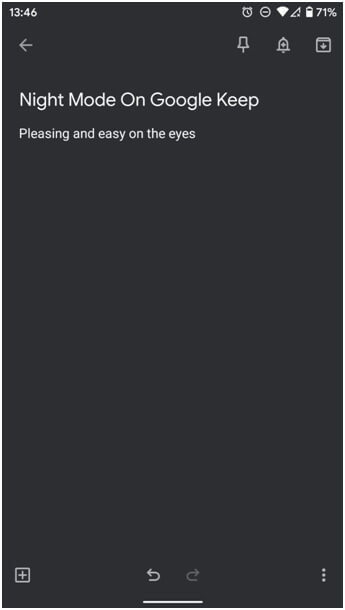 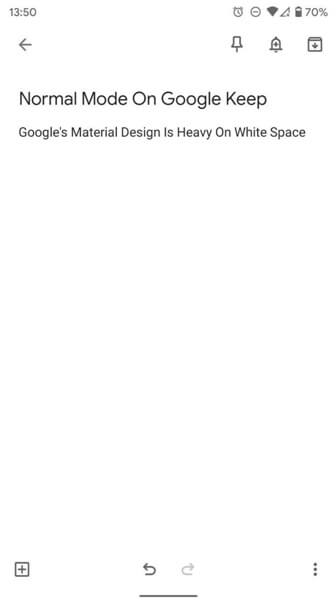 More problematic however is that on Google’s own apps have been behaving erratically with Night Mode implemented. Triggering the system-wide Night Mode is supposed to turn it on for all apps with the functionality, but this isn’t always the case. Many users have reported a comedy of errors with black text on black screens and white text on white screens on certain apps. 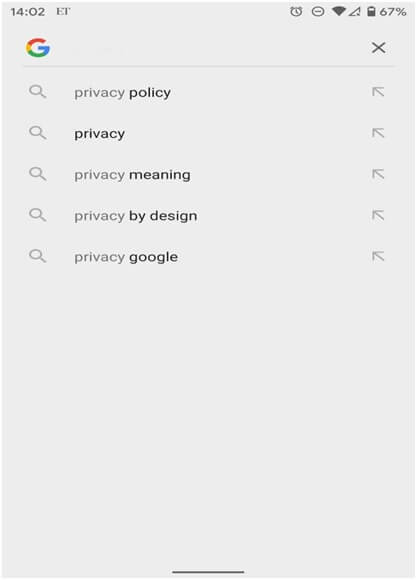 It’s the kind of basic bug that one doesn’t expect from Google and certainly not on an official OS release.

Google Now is a handy RSS-feed like feature on the left side of the home screen intended to show users relevant media based on their search history. Frustratingly, in recent Android releases, Google has taken away functionality in the app.

Earlier Android versions allowed users to swipe away a media link when they were done reading it, or weren’t interested in it. Subsequent Android versions removed the feature entirely and have replaced swiping with a three-dot menu for a user to tap on if they want “more or less” of that kind of media. 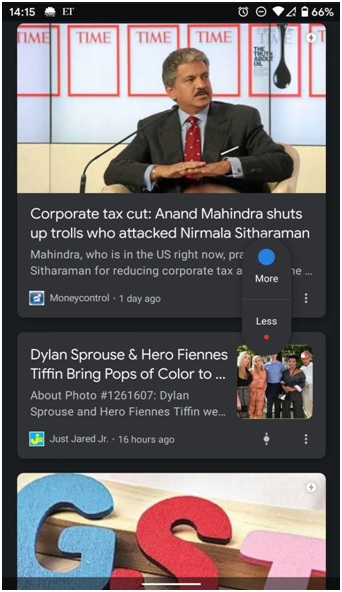 A Flawed UI Decision That Lead To A Poor UX One.

The decision-making behind this UI overhaul is incredibly flawed and this is now the third Android release without a fix. Swiping away a media link is not only faster—it also conveyed the message that the user had consumed that media artifact and emptied a slot for it to be filled afresh. The current interface removes that bit of functionality entirely, reducing the options to only whether the article was suitable to the user’s taste or not. It’s a glaring misstep that shows that Google’s priorities are focused on only fixing the search algorithm and not on how the app itself should be used.

Gesture Navigation
The biggest change Google did with Android 10 is to make it a gesture-only compatible interface. Android 10 removes the need for a Back Button and implements two swiping gestures on both sides of the screen to take a user back to the previous page.

On paper it’s a welcome move.

In practice, it’s a mess.

The finger arc required in gesture navigation to go back is similar to a simple horizontal swipe on the screen. The result? When you’re scrolling through your pictures on Google Photos, or swiping past new releases on Amazon Music, you might accidentally find yourself on the previous page or exiting the app entirely. 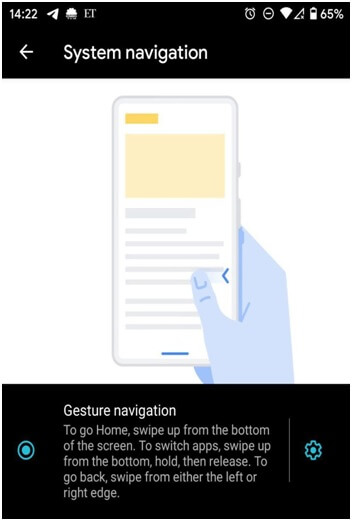 How To Use Gesture Navigation On Android 10.

This poorly thought of UI choice affects nearly all apps and is guaranteed to afflict the user when they’re least expecting it. A slight misstep in swiping sideways may dump you out of the app and on to your Home Screen right when you’re in the middle of perusing a menu on Zomato.

Gesture navigation is supposed to be intuitive and seamless to be able to replace buttons and Google fails on both accounts, rendering the entire navigation “upgrade” an utter waste of time for the user. 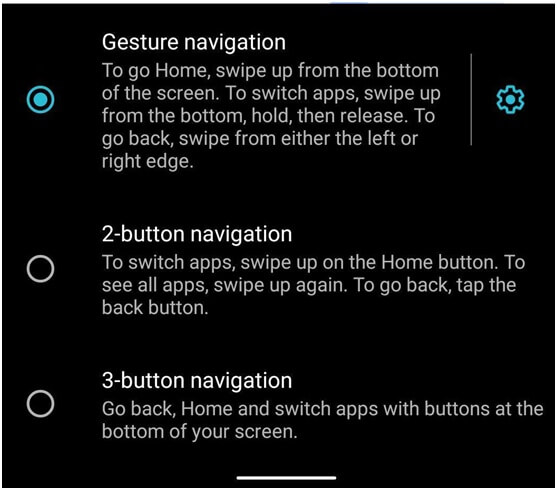 Users Can Change Back To Their Old Navigation Systems.

It’s bizarre to see such a massive oversight on a Google OS and it takes so much away from an Android release that would have easily been the best one in years.

Getting employment as a UX/UI designer is easier than ever in the current industry, so the way to make your work stand out is to remember the first thing that any graphic design course will teach you: always put the user first. It’s the first tenant of good product design and new entrants in the field should never forget it, even if they end up working at Google.