Indian fashion scenario is known for its cultural heritage, elegance, and colourfulness. It brings out the subtlety and beauty which has sustained through innumerable decades. For not only is it comfortable, sophisticated and aesthetically beautiful but it has also evolved over time. Making a sweeping surge into today’s global scenario, the fashion industry in India is an amalgamation of dynamic conventions. From ethnic to western, salwar kameez to high-street fashion; fashion industry in India has definitely gone through a milieu of transformations. Needless to say, the fashion industry in India has been advantaged by thousands of years of rich tradition behind it and the knowledge as the vogue of sewn garments have existed in India ever since ancient history.

The textile industry in India is among the largest segment of India’s capital goods sector. As per the report published by Indian Brand Equity Foundation (IBEF), India is the second largest exporter of textiles in the world. Furthermore, favorable demographics and rising income levels are believed to be the key growth drivers of the Indian textile and apparel sector in the coming years.

The fashion industry in India covers a wide range of clothing from ornate clothes designed for wedding ceremonies to casual wear. The Indian traditional techniques of embroidery like Crewel, Chikhan, and Zardosi have paved their way into the international forefront of fashion runway portraying Indo-western clothing in a fusion of the best of East and West. Apart from these, India also represents a unique blend of sarees woven in silk and cotton like Kanjivaram, Mysore, Pochampalli, Jamdani, Blucher, Pithani, Benarasi, Bandhini, Sambhalpuri etc.

In the 5th century BC, Herodotus, a Greek historian elucidated the productiveness of the quality of cotton clothes in India. The Fashion scenario in India has an interesting history to ponder upon, let’s look at the transformation of Indian fashion industry through the ages:

The 90s marked the arrival of full-sleeve salwar kameez, floral dresses, long skirts, denim, shades, and dungarees. The decades following the 90s are touted to be the era when Indians adopted more westernized concept in the fashion making bold and stylish choices. 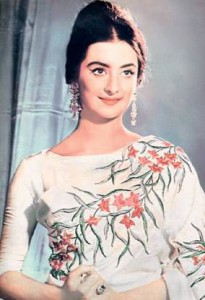 India is a land of multiculturalism and the massive diversity is reflected in the variation of traditional garments and the dressing styles that differ from one state to another, which is rare to spot elsewhere in the world. It has traveled from one subculture to another since ages and the traces of Indians being stylish can be discovered right from the times of Harappa and MohenjoDaro. With the advent of globalization, numerous changes have taken place in the Indian fashion industry.

According to a report by Economic Times, the Indian Fashion Industry marks a growth of USD 100 billion and at a CAGR of 8-10 percent offline, the online fashion segment is expected to grow by 15-20 percent over the next five years. The market for the fashion industry in India, especially for women, is quite lucrative in terms of scope and variety. Today, while the rapid growth of information technology popularised the corporate look, the revival of the ethnocultural look has become quite dominant leading to the popularisation of the traditional forms of art and crafts. Of late, the International fashion brands have begun to focus on the immense potential of this sector offering heaps of opportunities to the in-house fashion designers. Indian fashion industry has expanded to such an extent over time that it has now come at par with the international fashion industry and has become one of the most popular revenues generating industries of India.