5 Lessons You Can Learn From The World’s Best Designers

Beginners in any creative field often long for advice from the masters. Netflix’s Abstract: The Art of Design is a hugely popular and successful documentary series that puts the spotlight on the world’s best designers. It breaks down their craft, their personalities, the method behind the madness of their explosive success. It asks these designers—representatives of every field from graphic to automotive to interior design—what they learnt to become better. Here are some of the best tips from the world’s biggest innovators! (Abstract debuted in 2017 and currently has two seasons streaming on Netflix. Credit: imdb.com) 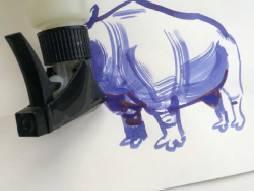 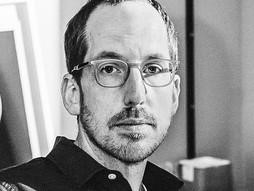 Christoph Niemann is a consistent contributor to The New Yorker, The New York Times Magazine and The Atlantic Monthly. He’s won awards from The American Institute of Graphic Arts, the Art Directors Club and American Illustration. He also runs an Instagram account devoted to making quirky, thought-provoking art from every day objects that you can check out here if you’re looking for some cool design ideas!

“Take one single topic and squeeze the hell out of it. Try every single variation.” – Christoph Niemann

This is a useful exercise Christoph does to get the juices flowing and is a staple in most design courses. Christoph illustrates with two examples: a simple sketch of an iron and a red-clown nose. But as he flips through a pocket-zed sketchbook, the iron and the red-clown nose increasingly find themselves as parts of a bigger picture: tables, buttons, balls, fruit, exercise-weights, and in once instance even a hat.

The important thing here is to not simply think of the idea, but to actually create the variations. See how far you can push the envelope with one topic. Stretch your imagination and hone your creative thinking skills. This exercise is a good combination of freeform designing with specific restrictions. 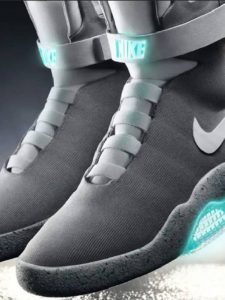 Even if you haven’t heard of Tinker, you’ve heard of his most famous creation: the Nike Air Jordans. Tinker got into design entirely by accident and his passion for creating better sneakers led to a stratospheric rise at footwear giant Nike. For sneaker-heads everywhere Tinker Hatfield is god personified. For Nike, he’s the man who saved them from obscurity.

“A lot of great design is based on predicting the future.” –Tinker Hatfield

When Tinker was asked to design shoes for Marty McFly in the movie, “Back to the Future,” he was determined to make something that wasn’t only plausible but also functional. Often movies set in the future make outlandish leaps in technology—flying cars, sentient robots, laser-powered weapons—but Tinker looked at a basic need with sneakers of the day and attempted to answer the problem in the future with:

It’s not a radical idea at the outset, but its deceptively clever. As much as footwear technology has progressed, we’re still bending down to tie up our shoelaces. The self-lacing shoes in the movie were such a success that Tinker re-visited the idea in 2009 in an attempt to make it a reality. There are two lessons to be learnt here: design keeping in mind needs of the future, but also look to solve the problems of today, even when there don’t seem to be problems. 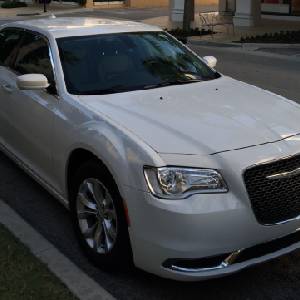 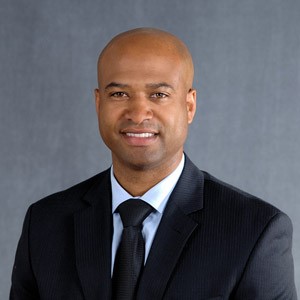 Ralph Gilles is the youngest ever Head of Design at a major automotive company, elevated to the position at Fiat Chrysler Automobiles in 2015. His steady but surefire rise came after designing the Chrysler 300 that won the “North American Car of the Year” in 2005. Ralph stumbled into the field of automotive design when, aged 8, he wondered to himself one day, “why are most cars so ugly?”

“Design your way out of a problem. Create a product that re-invigorates and revitalizes your brand.” –Ralph Gilles

Ralph has spent his entire career at Chrysler, and has been through the company’s many ups and downs. After the 2008-2009 recession Chrysler looked ready to shut shop, but Ralph’s team was determined to not compromise on their design aesthetic. Their work caught the eye of Fiat and the Italian brand bought and merged with Chrysler, effectively saving the American company from having to declare bankruptcy.

From this experience, Ralph is very clear about one thing. Every problem has a design solution. Design has a powerful ability to bring back a brand from the brink and in times of trouble, instead of playing it safe, designers should swing for the fences. Innovation is the key to getting noticed and breaking through seemingly impossible situations. Creative thinking isn’t just to make good design; it’s also to make that good design work for you! 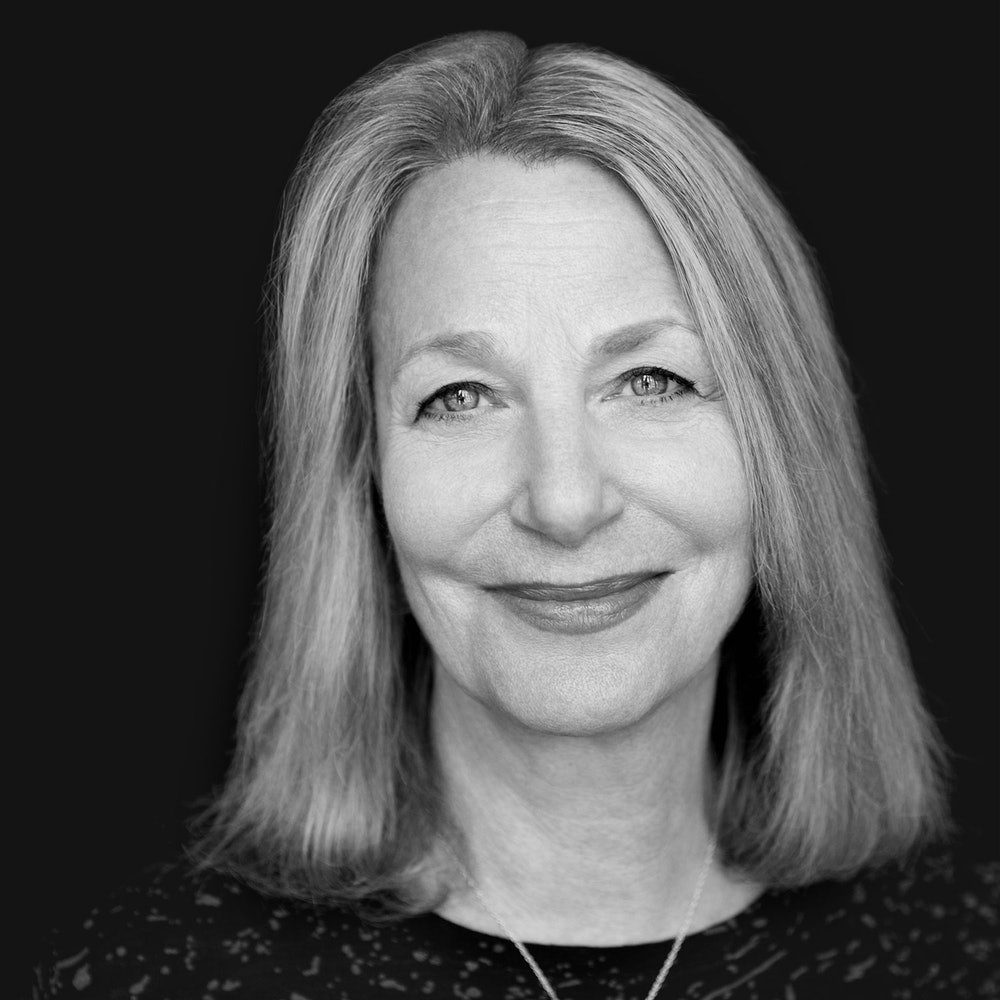 Paula Scher has been in the graphic design game for so long her work is almost everywhere you look. Her portfolio includes designing the logos for: Citibank, Tiffany’s, Windows, Shake Shack, CNN and the New York Metropolitan Opera. She’s considered the definitive voice on typography and the awards she’s won are simply too numerous to list in this article. 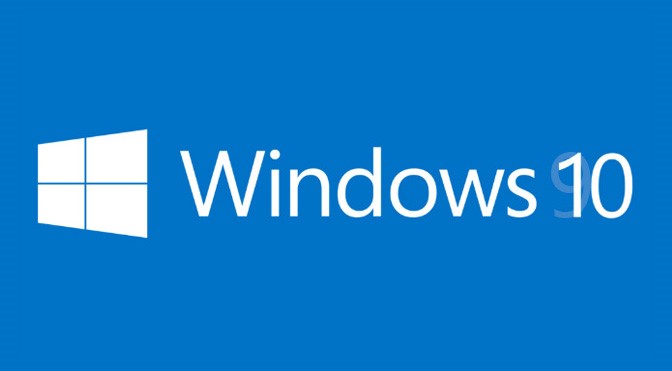 Paula has an odd, free-spirited approach to her process but she doesn’t compromise on the intent of typography. In her own words, she doesn’t just design letters and numbers; she designs “identity systems.”

Paula goes one step further than just the mechanics behind graphic design. She pinpoints the underlying emotion and feeling evoked by good typography, likening it to an experience one feels when looking at a painting. It’s not just that the type reminds you of the brand itself, but it’s strong enough to stand on its own, to give you a reaction on its own It’s an important lesson for designers: even as you focus on the form and function, don’t forget the inherent art behind it all! 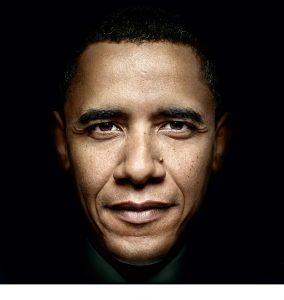 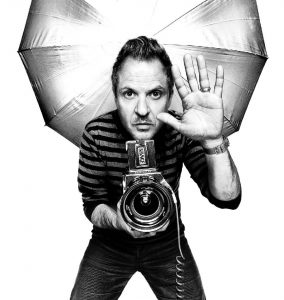 The chances of you having seen a Plato photograph are very high. Not only is his work extremely distinctive, he also happens to do portraits of Hollywood celebrities and other big movers-and-shakers of the world. Barack and Michelle Obama, George Clooney, Mohammad Gaddafi, Adele, Vladmir Putin, Mark Zuckerberg, the list is, quite frankly, endless.

Platon’s photography has a style that a layman can recognize. Tight framing, high contrast, and white background are key points that dominates most of his work. It’s an unique approach, designed to provoke a conversation, and is considered the gold standard for any photographer who wants to try out portraiture.

Platon’s lesson comes from a place of personal vulnerability. He was diagnosed with dyslexia as a child. He tries to do with his photography what photographs do for him: simplify a complicated world. He makes sure his portraits have nothing but the subject in them, that they are well-lit, and most importantly, their personality—and not his—shines through.

In the information age, communication may have gotten faster but it’s also gotten more complicated. Great design should seek to eliminate the noise, cut through the irrelevance, be functional and also create a feeling of attachment. But in doing all of this, it can’t be complex itself. It has to be palatable, digestible, and approachable. Platon seeks to distill famous personalities who have thousands of articles written about them into one photograph. So, too, should good design seek to distill the essence of its subject in broad, effective strokes.

The Evolution in Graphic Design

The term Graphic Design was coined in the year 1922 by typographer William A. Dwiggins to identify this upcoming field. It has a rich and varied history, which has become such an integral part of our ...

Role of Design in Smart Cities

Instagram Trends to be on the Lookout for in 2021

Social media’s growing prevalence in the global community today enables the dispersion of knowledge to a diverse and widespread audience, thereby leaving behind an unmitigated impact if its power is...