Fashion has long been the center of innovation, invention and experimentation. Heavily influenced by changing socio-cultural milieus, trends in fashion have been constantly evolving since the beginning of time. Going against the grain, the Japanese brand Uniqlo has made an effort to go back to basics in this era of fast fashion – to find a sense of constancy in a time of change, evolution and transformation. 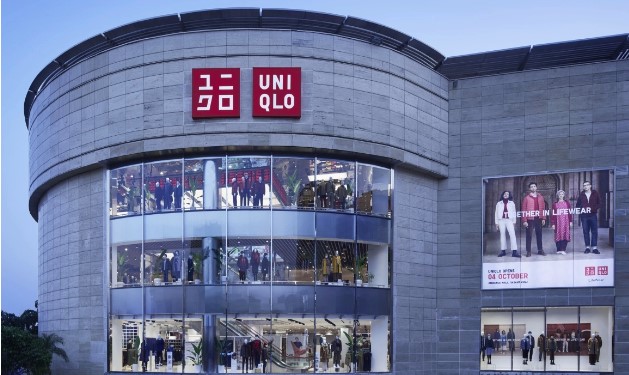 A name that resonated only in Japan just a decade ago, Uniqlo has in recent times, become a global brand. This is significant considering the immense competition in the fashion market. The story of Uniqlo, however, does not begin here but in 1984 when Tadashi Yanai opened a new store called ‘Unique Clothing Warehouse’ which we know today as Uniqlo. The inspiration for Yanai’s brand stems from his extensive travels across the United States and Europe. Moving away from his family business of suiting, Yanai felt that there was a need and a market for casual, comfortable clothing in his country and he took the plunge. Yanai opened the first Uniqlo store in Hiroshima in 1984. By 1998 he had opened more than 300 Uniqlo stores across Japan. Today there are more than 2,200 stores in 24 markets globally. (Source: Fortune India )

The Japanese concept of ‘Omotenashi’ is what Uniqlo is founded upon – the idea of knowing what you need before you need it. The way customers are served, treated and helped is rooted in the very essence of Japanese culture which Yanai has captured in his business enterprise. In an increasingly globalised world, Uniqlo has maintained a ‘uniqueness’ by keeping certain cultural aspects that he takes from his homeland intact. At the same time, however, Yanai has evaluated and successfully assessed the need to move with the times. In the era of fast fashion and ever changing trends, Yanai’s Uniqlo has focused on creating lasting, durable and high-quality products. Moving away from the disposable apparels that are bought and discarded in quick succession these days, the brand claims to create products that will transcend the barriers of time and place. As of August 2018, Uniqlo’s international business accounted for 51% of its sales (Source: Fortune India) 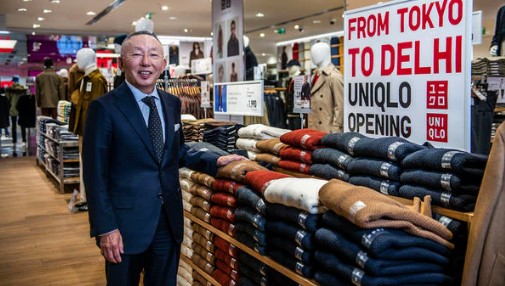 Yanai’s Uniqlo made its debut in the Indian market on the 4th of October 2019 with its first store spread across three levels at Ambience Mall, Vasant Kunj (Source: The Economic Times). In addition to embracing his own Japanese culture, Yanai and his team have also displayed a willingness to adapt and cater to the Indian culture. Despite the economic slowdown in India, Uniqlo made an impressive Rs. 2.2 Crores in the first two days of its opening itself (Source: The Economic Times). The recent change in Indian foreign investment policies has meant that single-brand retailers can open stores without going through the entire hassle of it getting sanctioned by the government first. In addition to the advantage that this development in foreign investment policies has provided, Uniqlo has a unique way of operating that has caught the attention of its Indian customers. The brand has also collaborated with designer Rina Singh to set up an ethnic kurta collection creating a wonderful amalgamation of the traditional and the modern, of the local and the international. 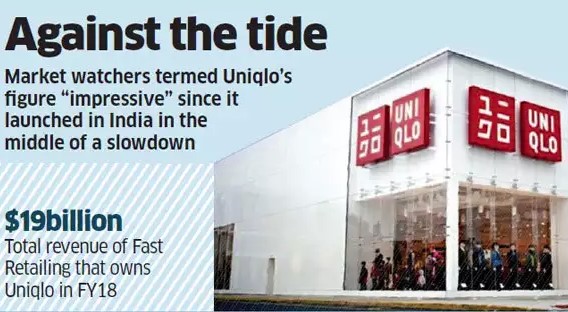 Uniqlo’s journey of global expansion, in light of these facts, is not surprising. The brand’s ability to strike the right balance between modern trends and cultural traditions has meant that Uniqlo has created a market for its products not only in Japan and India but across the world.