So you can’t draw… 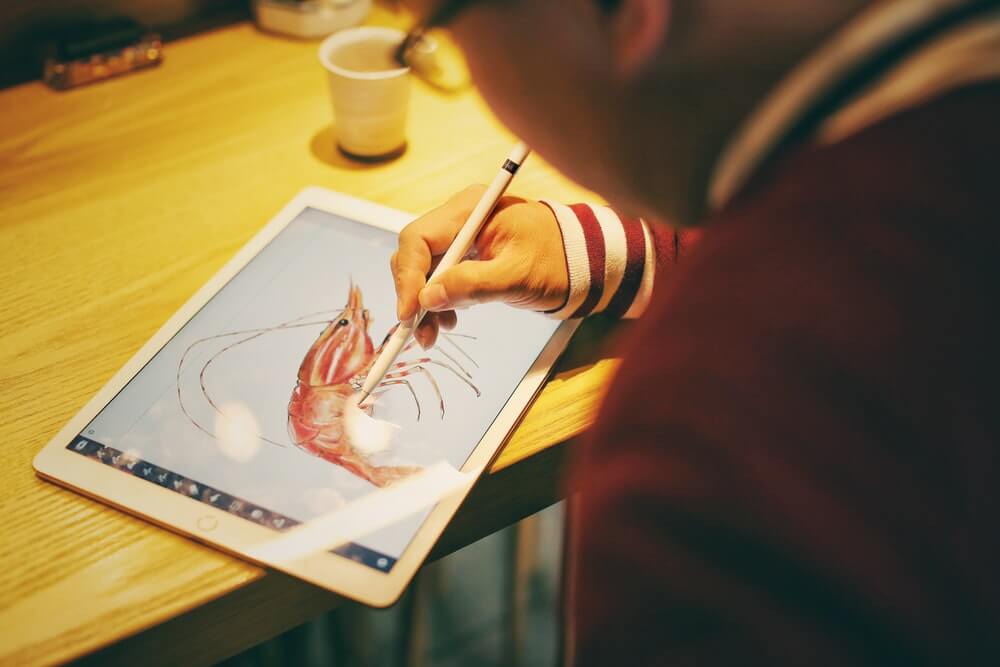 …and thus decided that designing could not be your chosen career path.

Well, as design is a visual form of communication it is understandable to feel this way. Also, most design aptitude tests for graphic design courses or communication design aim to evaluate visual aptitude which does include drawing skills to highlight the ability to visually represent concepts and ideas. But do note that it’s equally essential to reassess this as knowing how to effectively convey information through design is as important as having the visual aptitude to understand colour, visual memory and the ability to determine differences and similarities between objects. 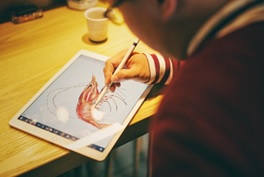 Photo by wu yi on Unplash

For some time now there has been a growing trend to question the usefulness of this traditional technique, especially since there are now various design software programmes readily available like SketchUp, Inkscape, GIMP, Expression Design 4, Photoshop, and Illustrator amongst others. This tempts one to ask why learning to draw is essential when there’s easy access to a computer to get better results.

Taking a step back, as a child perhaps you had no qualms to be creative and draw freely but then began to question your capability as you grew up. What changed?

Sir Ken Robinson in his famous TED Talk Do Schools Kill Creativity explains this saying, creativity is as important in education as literacy as it explores the richness of human capacity. Children will take a chance and if they don’t know they’ll still have a go. They’re not frightened of being wrong. If you’re not prepared to be wrong you will never come up with anything original. But as children grow to be adults most of them lose that capacity as we stigmatise mistakes. It’s almost like we’ve been educating people out of their creative capacities.

Does this clarity still continue to make you feel uncertain about your ability to draw and thereby become a good designer?

Let’s explore this further – i.e., the need to know how to draw and how imperative it is to the design process.

According to him, a good designer should mainly be concerned with drawing to design to come up with creative ideas and concepts for the design and not necessarily with drawing to render art which within the professional environment is handled by illustrators. Thus, to sketch and think visually is the essence of design and is the most creative part of the design process. During the sketching process, ideas are invented, tested, crafted and start to shape a direction, concept or provide a possible design solution. 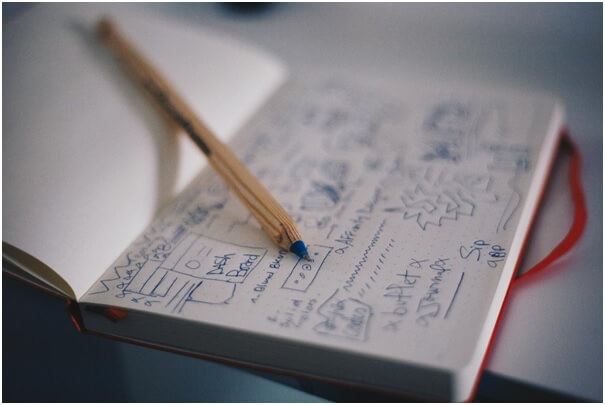 Sketching is a great way to imagine seeing. It has no physical rules within and one can experiment and play around with complete freedom. It’s organic and gives employers an opportunity to see how you can conceptualise and come up with ideas. It’s flexible and provides space for discussion, engagement and feedback which further helps to evolve and build on the design concept. The ability to visualise ideas on to paper makes it tangible and helps people get a glimpse of the potential of your idea making it real.

Paul Arden, former creative director of Saatchi and Saatchi said, “rough layouts sell the idea better than polished ones.” A simple artistic view that captures the first thoughts, elicits raw emotion and combines logic, analysis of user behaviour and creativity is a great way to tell the story and people find it easier to understand.

Drawing increases the awareness of form and structure, line and shape, spatial relationships, colour and texture. Most laypersons think that drawing is the final result which showcases the expression of skill, talent and creativity and even how true to reality it is. But for the designer, this is not the main function of drawing. Programmes in visual communication design, graphic design do not train a designer to become fine artists. They simply emphasise the understanding and importance of thinking about ideas and translating them as visual graphics. The language of basic sketches is in suggestion and exploration of possibilities rather than in definitive.

Photo by Aalok Atreya on Unsplash

According to Adrian Carroll, Creative Director of D8 design agency, his sketches and drawings at the research stage are scrawls that are largely unintelligible to anyone but him. He says drawing is useful but not essential. As long as you can communicate your ideas effectively, the means by which you do so are entirely up to you.

Matt Baxter, Creative Director of Baxter and Bailey further adds scribbly drawings is like visual shorthand that gives us a really clear idea of what we’re thinking. It avoids the pressure of the idea being interpreted as ”the finished thing”, which can often be the result of a more polished visual created digitally.

Advancement in technology will continue to change the way we create, helping us bring our imagination and designs to life. Computer applications will make us efficient and give us the flexibility to experiment and explore visual effects and communicate complex concepts. It will enable us to achieve more sophistication in our designs. Yet drawings and rough sketching will remain to be the most effective technique during the explorative stages of the design process. Thus it is a useful skill to have but not essential or mandatory. 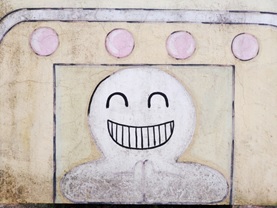 Photo by Kirill Sharkovski on Unsplash

If you still need a nudge to decide if your basic drawing skills is enough to opt for a design degree, then check out Graham Shaw’s TEDxHull talk on ‘Why is it that so many people think they can’t draw?’ He questions where this belief comes from and in a very practical way demonstrates how the simple act of drawing can open up a multitude of possibilities for us. He says, ‘when we say we can’t draw, it is more to do with our beliefs than our talent and ability. Questioning and challenging these beliefs help remove their limiting effects. All we need is an open mind and be prepared to give it a go.’

So would you still prefer to hold on to the belief that you can’t draw allowing it to be an impediment to your communication design career or are you willing to give it a go and explore the possibilities awaiting your way?