Communication and means of communication have undergone tremendous amount of change in the last decade. Communication and the medium of the same have continuously evolved through the history of humanity. At each new step that came our way the previous medium seemed to be at danger. However, so far the paintings on the wall culture have also survived in the form of graffiti. Videography didn’t snub the life out of photography either. All forms and mediums of art and expressions survived through different ages evolving every second and merging with upcoming tech to provide better services.

The migration of established medium happened from print to movies, to television and then to digital medium. Our learning of language comes from continuous exposure to different forms of media in our culture. These comprise of design principles and grammar that has evolved through ages. A visual designer is supposed to understand and learn the transition of these principles through time and apply them in solving real time issues. Advancement in technology and introduction of new mediums has always proved fruitful for visual designers.

One of the new developments in the area of communication is augmented reality. AR is at a very nascent stage. However, it has already begun creating ripples of change in multiple industry and touch points of communication. One such example of art and technology coming together is Eidos, it is a kind of augmented reality (AR) device which has been developed by a team of students at the Royal College of Art in London.

Here the product attempts to re-evaluate the fundamentals of heightening human perceptions.
Eidos is a more visceral and physical form of AR than the Google glasses are trying to emulate, which is simply extending the normal field of vision for a consumer. 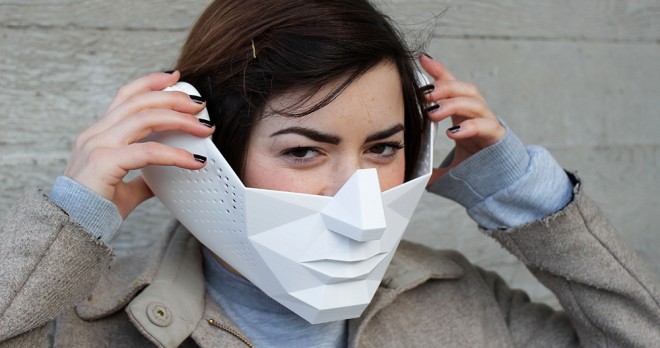 Some students from the Royal College of Art in London have developed two devices that allow the users to adjust their sight and hearing in the manner in which we adjust the settings of a TV or a radio. The two different parts come together to form a helmet like structure. One is like a mask that fits over the mouth and extends back to the ears; this lets the user to highlight and listen to a selective part of sound/speech. A microphone is present that helps capture the audio, which later gets processed by softwares to neutralise background noise. The second part of the device covers the eyes and helps capture images. This is then transmitted to a computer for processing. Post this, it is transmitted to the user’s headset, where they are witness to patterns and traces of movement that are normally undetectable. 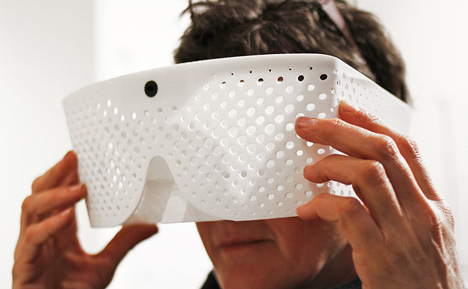 Technology and communication go hand in hand these days. The advancement in technology and introduction of new mediums have always had a significant effect on the role of a communication designer. For example, the presence of interactive display screens in various places like hotels, airport, hospitals have eased the time spent at different service areas. Now it is a task for a communication designer to create such an interface that can be used seamlessly by people from all over the world, breaking the barrier of thousands of language. Creating a flow of actions with appropriate infographics is no ordinary job. 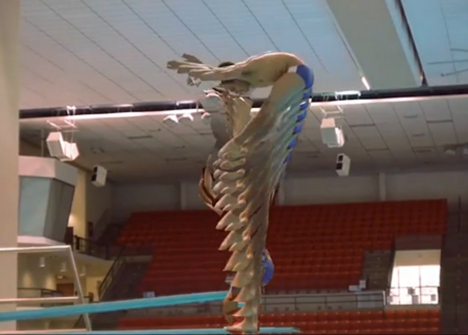 An example of the above statement is how end consumers use tools of digital medium, for instance the different social media portals, and how they are getting exposed to and consuming any kind of information. Their decision making has become more spontaneous and in real time too. This in return is affecting so many industries ranging from retail to telecommunications etc,. The power of this new medium is compelling because it reflects the force of human behaviour. A shift can be seen if a bunch of people start doing or stop doing something in particular. This creates what is called a ripple effect. And the pattern of human behaviour depends on how engaging the interface has been designed by a communication designer.

Communication has changed and evolved through every new innovation that has come its way. These innovations impact and force change of traditional ways/methods of business. They show how establishments have to align themselves, collaborate in order to grow and evolve into something revolutionary. Non traditional collaborations are happening everywhere, most of them deal with technology and the role of communication is vital here. Some examples would be how a variety of everyday equipments and devices are integrating with communication, such as cars, washing machine, TV, headsets, camera, laptops, etc,.

In 2015, an ad film won the Emmy award for best commercial. Now, this has multiple elements that led to its final conclusion. This PSA campaign created by R/GA and production company Mindride with the intention to showcase that the core of everyone is more or less the same. So, why put any labels? The process included installing a large X-ray installation. A variety of couples and other people were filmed interacting with such screens. The X-ray version playing on the screen just showed the skeletal structure making it difficult to understand the genders. 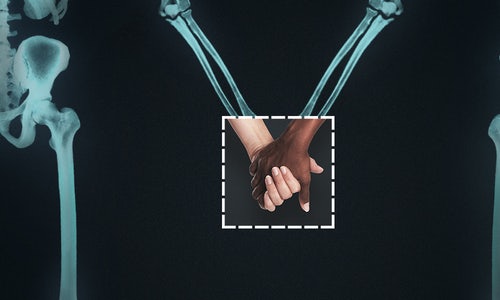 As the skeletal figures kissed and danced, viewers mentally filled in the blanks. When unexpected pairs stepped out from behind the screen, the surprised reaction of the crowd was synonymous with simple demonstration of their implicit bias.This was very impactful and the simplistic manner of communication of this message through technology made the biggest difference and created the most impact.

As students of communication design there is plenty to learn and imbibe. They have to learn to create appealing visual images and broadcast them to the world in a new and reformed way that makes sense to the target audience. In the ever evolving digital world around us, communication design as a discipline has become a powerful tool in reaching out to the target audience. Students are learning the techniques of combining the art of communication and technology. Some of them may go on to design web pages, video games, animation. Motion graphics, etc,.

With the continuously evolving technology and mediums of communications, design has found respect and recognition like never before.. However, in today’s time where everybody thinks of themselves as a designer, the professionals need to evolve- how they function, the tools they use, and learn to differentiate themselves- if they want to be impactful and stand out. People are starting to notice design as one of the most integral part of their lives and how a better design removes numerous hurdles they otherwise face. All sorts of corporations, universities, as well as healthcare systems are investing in integrating design thinking, creative leadership and design centered around human in order to provide seamless service to end consumers. The question here comes to, why? This is in order to start a revolution that can deliver more value to our products and services to the society.