IIAD » Stories » Animated Short Films that made the cut in 2019

Animated Short Films that made the cut in 2019

One of the most prominent forms of entertainment for years now – movies have the capacity to transcend time and space. Filmmaking, however, is much more than that. A visual art, movies and films are a medium to communicate and express ideas, thoughts and stories. A much loved genre of films, animation, contrary to popular opinion, finds an audience across all age-groups and across geographical borders.The effort, thought and technicalities that go into the creation of an animated film, however, are often overlooked.

Critical for storytelling and filmmaking, Communication Design is one of the fastest growing design disciplines today. Animators, through their use of digital tools, create an illusion of movement that is then depicted across a variety of platforms – cinema being one of them. The nominees for Best Animated Short Film for the year 2019 were of a very interesting kind – unique, unpredictable and a step away from the everyday and the mundane. Each different in their own way, they evoked a variety of emotions and catered to diverse and wide-ranging sensibilities.

1. Animal Behaviour directed by David Fine and Alison Snowden revolves around a group therapy session where five animals meet to alleviate their emotional and psychological problems. Dedicated to the medical team at Vancouver General Hospital who saved Snowden’s life in 2017, the animated movie won the Canadian Screen Award for Best Animated Short Film. Witty and a little kooky, quite akin to the tone of the issues it raises, this film has a storyline that runs much deeper than the comedy and humour on its surface. With its intricate characterization and attention to the minutest of details, the film depicts how different yet inherently similar we all are. Animal Behaviour subtly brings to light the stereotypes we are associated with and through which we judge others, while raising vital questions about identity, the way we perceive ourselves and ultimately who we truly are.

2. Andrew Chesworth and Bobby Pontillas’s short animation – One Small Step traces the trajectory of a young girl Luna who, as her name suggests, has an intriguing fascination with the moon. A celebration of the power of the imagination, the film explores the pursuit of dreams and the hardships that one stumbles upon along the way. Pontillas found inspiration for the movie within his own childhood experiences having been raised by a single mother. Through its powerful juxtaposition – the drab reality that surrounds Luna which provides a stark contrast to the magical world she envisages – the film takes the audience through a young girl’s dream of becoming an astronaut. This animated movie has taken one step itself – towards the Oscars! 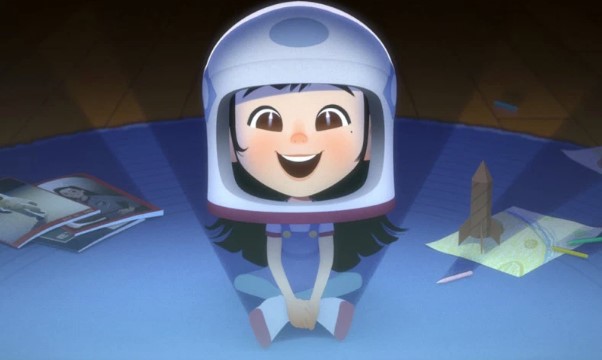 3. Irish Animator Louise Bagnall’s Late Afternoon narrates the story of an elderly woman who is trying to comprehend the present as it rapidly slips from her grasp. With no grand narrative or dominant message, this bittersweet journey of self-understanding is a quest for meaning. With its beautiful watercolour visuals, the film takes its audience on a walk through memory lane – a way of traversing the conflicting remembrances of the past while trying to make sense of the present. Fragmented, much like the nature of memories, Late Afternoon is a poignant exploration of time, thoughts and who we are in this ever changing world. Bagnall’s powerful use of colours creates an impact that remains long after the credits roll. 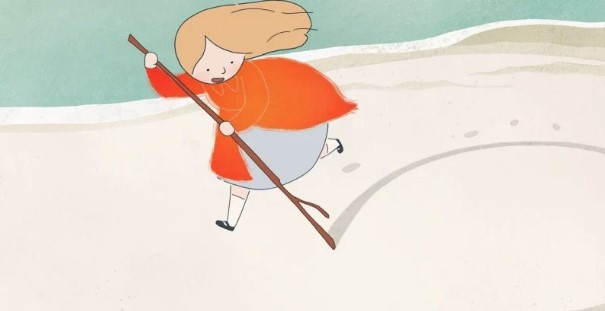 4. Directed by Trevor Jimenez, Weekends narrates the tale of a young boy and the ways in which he grapples with his parents’ divorce, shuffling from one parent’s house to the other. More of a mood piece, this poignant short film captures the duress and emotional turmoil of a child as he tries to make sense of the complexities of the adult world. The film has a touch of the surreal with its pop of neon colours amidst the otherwise dark colour palette to emphasise the absurdity of the adult world and its complications as seen from the eyes of a young and perplexed child. This one is sure to tug at your heartstrings! 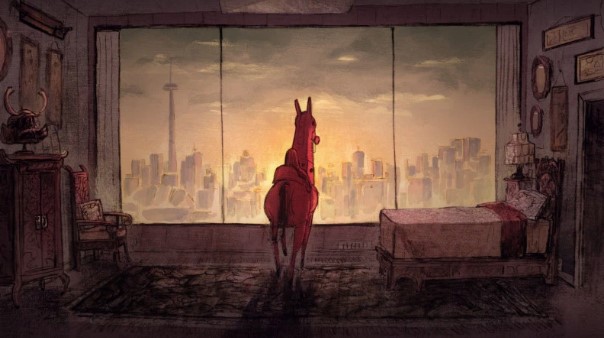 5. Domshee Shi, the first woman to direct a Pixar short film, is also the first woman to win an Oscar for it! An extended metaphor for the trials and tribulations of cultural assimilation, Bao is a beautiful mix of humour and heartbreak. The story is told from the perspective of a Chinese mother who imagines her dumpling coming to life. With no dialogues, the short film mulls over the conflict between two generations as they navigate relationships and life. Bao captures the power of the animated short film – what it can do and the impact it can leave in just a few minutes of screen time. Socially relevant and emotionally moving Bao was unsurprisingly the winner of the 2019 Oscars for the ‘best animated short film’ category! 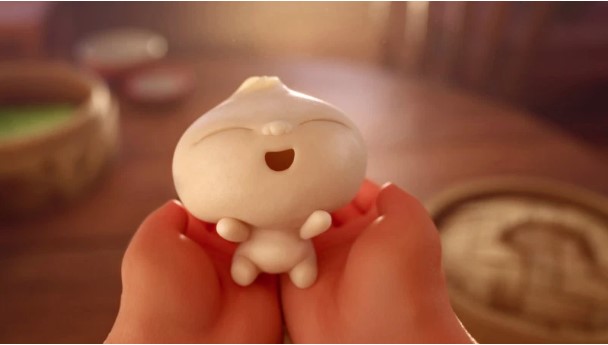 Each different in their own way, evoking a variety of emotions and catering to diverse and wide-ranging sensibilities, these animated short films also had one recurring theme – sad childhoods and the difficulties and hardships of parent-child bonds. The issues that these films deal with and the questions they raise highlight the fact that animation is not just a genre that caters to light-hearted issues and to a young audience, but one that can express the nuances and intricacies of life and its complexities with a precision and subtlety often lacking in mainstream commercial cinema.