Miscellaneous and the Mute – Art Show by Josh PS 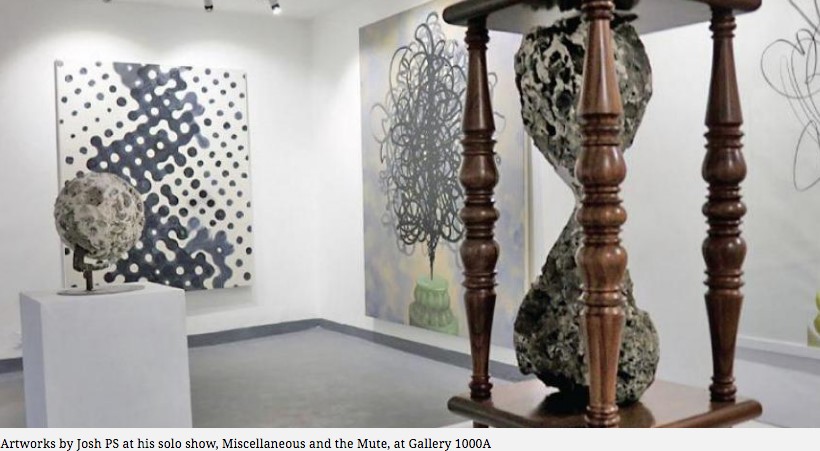 A solo art show by Josh PS, Associate Professor at the Indian Institute of Art and Design, titled ‘Miscellaneous and the Mute’ was launched in Gallery 1000 A, Lado Sarai, New Delhi from the 1st of February until the 29th of February 2020. The exhibition offers a means to those willing to read between the lines and visualise between the strokes. His artworks speak the language of resistance and the desire for freedom which is especially evocative considering the current times we are living in.

Mr. Josh’s show also mulls over the hazy and fluid boundaries of memory. ‘Two people describe the same event in two different ways because they have different memories of it. That’s why we have history which is controversial as when the time passes, memory loses its sharpness’, he explained. His exhibition takes from the notion that history is essentially nothing more than a memory, a subjective narration of events in the past. An exploration of the nuances and intricacies of memory, his art pieces reflect the paradox of living, between the micro and macro, the ultimate reality and the infinite realities. “Each work transforms to one and several at the same time”, he went on to explain.

At the launch of his show, Mr. Josh summed up the entire thought process behind his exhibition when he said – “To the age and size of the universe, human sufferings are negligible. But to the one who suffers it is enormous. It matters to ‘humans’. So it voluntarily resists avoiding that pain. When that resistance becomes massive we call it a revolution”. It is this notion of bondage and resistance, of individual pain and collective suffering that his art pieces convey leaving his audience pondering over questions of subjective memory and objective reality and the blurry thresholds between them.