Body and Diversity with Hiten Noonwal 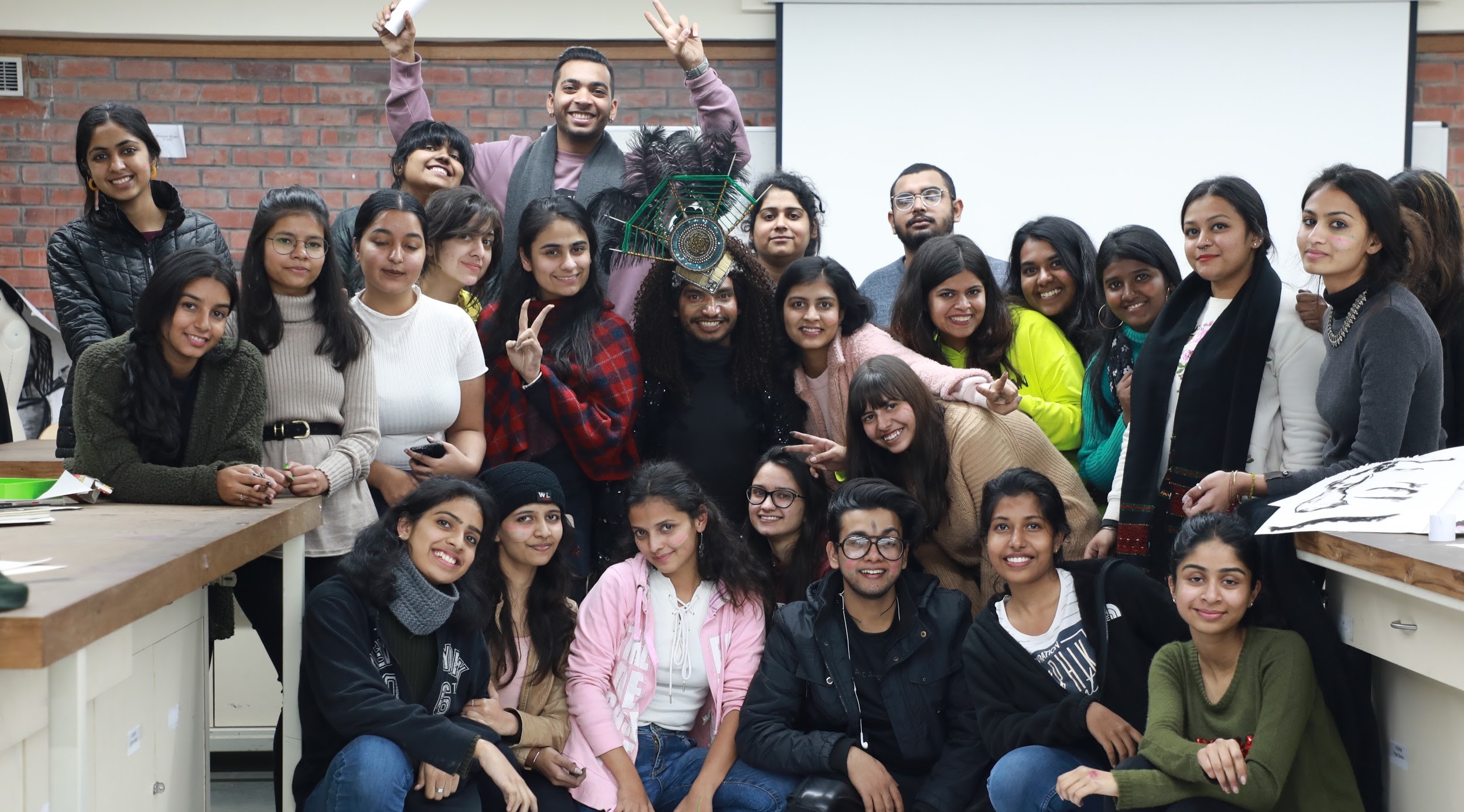 The L4 Students of Fashion Design, for their second term, had the opportunity to interact with Hiten Noonwal, a gender fluid artist, model, designer and performer as part of their brief titled ‘Body and Diversity’. As an LGBTQ+ Influencer, Hiten spoke about his arduous journey as he came to terms with his identity and the adversities he braved along the way to become the person he is today.

As part of the brief, the students were introduced to the diversity of bodies we all are surrounded by, including but not limited to body types, shapes and sizes, gender studies, etc. and their association with clothing and fashion. Through studying a specific client, the students had the opportunity to understand the concept of body closely. The ultimate aim of this exercise was to build sensitivity with respect to body diversity and inclusivity and be able to think and reflect critically. Some of the questions the students were encouraged to ask was whether masculinity and femininity are ultimately social constructs and whether the behaviour of individuals can be defined in such black and white terms. In their interaction with Hiten, the Fashion Design students better understood normative body ideals and how culture influences the way individuals feel about their bodies and their identities. Cultural norms and expectations are related to gender and are closely linked to appearance. Clothing and fashion, as a result, become an essential medium for people to embrace and express their identity and individuality.

Following their interaction with Hiten, the students also had the opportunity to express their creativity by putting to paper their perception of him which had evolved a great deal once they had the chance to learn more about him as an individual and about his journey.

Hiten Noonwal is a Fashion & Costume Designer and Artist who currently works as the Creative Head at NUN Garage Collection. He has previously worked as a Fashion Designer at Ritu Kumar and Assistant Designer at Raw Mango. He has done his Masters in Apparel/Fashion Design from NID and is an LGBTQ+ Influencer.